No taxation without (some decent) representation

The focus on Federal taxes as a Robin Hood-type redistribution tends to focus on economic classes – is the middle class a winner or a loser, etc. Except, Representatives don’t represent classes. They represent states.  And, looking at the redistributive effects of taxes on a state by state basis, the Republican party comes across as just a machine in directing benefits their way. 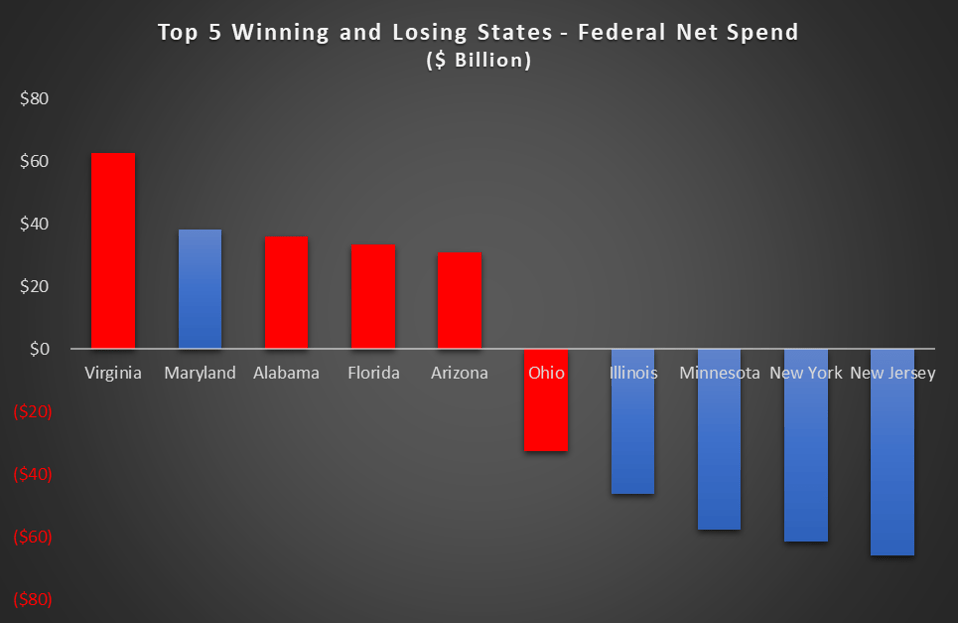